Tony L. Brown Sr. is originally from North Carolina. Tony graduated from Morgan State University in 1998 where he received a Bachelor’s of Science in Industrial Engineering. He went on to work as an Engineer for six years with General Motors in Baltimore, Maryland followed by Giant Food Incorporated at the headquarters in Landover, Maryland. After being frustrated by the economic limitations for employees looking to build wealth and security within corporate America, he decided to enter the Financial Services industry in 2004. Tony was an instant success and has received numerous awards for production and leadership over the years for multiple Insurance and Financial Services firms. Tony is a member of many prestigious organizations for top financial professionals including; National Association of Insurance & Financial Advisors, The Million Dollar Round Table of Elite Financial Advisors, Heartland Institute of Financial Educators, and The National Association of Certified Financial Fiduciaries. Currently, Mr Brown is a Senior Marketing Director at Stewart Financial Services where he has spent years building and maintaining a successful agency of financial professionals working in multiple states nationwide. Mr Brown believes in dealing with clients face to face and personally services over 1,000 families primarily in the DC Metropolitan Area. He takes pride in helping new professionals within the industry to grow and develop personally and professionally. Tony gets the most enjoyment from educating individual families and large groups on the importance of protecting assets and income from potential loss due to death, disability, or market fluctuations. He believes it is paramount to instruct his audience on how to safely accumulate wealth and achieve a lifetime income devoid of risk in retirement. 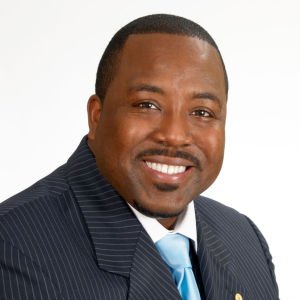 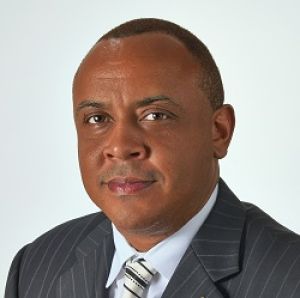 Mike Reeves has been in the insurance business over 25 years, serving clients in MD, DC, VA 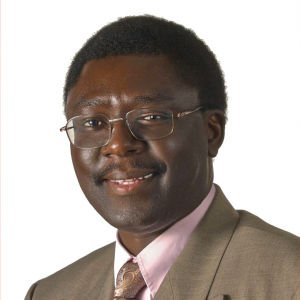 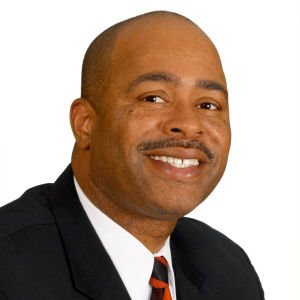 Crystal Hollingsworth has over 11 years of experience in the insurance industry. She has been with Stewart Financial Services and American Classic Agency since 2008. 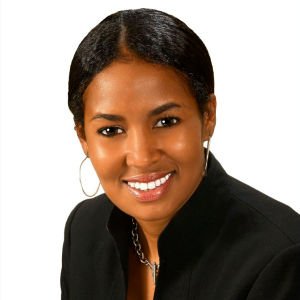 Linda Macklin received her Life/Health Insurance License in December 2001. She joined Stewart Financial Services in August 2009. She is licensed in MD, DC, VA.

Yvondra Caprese Hayes is originally from Los Angeles, Ca. She graduated from Cambridge College with a Masters of Education, and a B.B.A. Degree in Insurance from Howard University. She’s worked in various areas of Insurance with companies such as AIG and The Equitable in New York, Carefirst and American Income Life in Maryland and joined Stewart Financial Services in November 2015.  Yvondra is licensed in: DC, MD, VA, NJ, CA, SC.  As a small business owner of 15 years, her passion and heart is for helping and educating women, small business owners and parents (especially single parents) to understand the benefits of Debt and Mortgage Reduction, Budgeting, College Planning, Tax Free Retirement, Insurance Concepts, Key Person Insurance and more.  As a Life & Heath Insurance Professional and taking a holistic approach to finances, Caprese understands there is more to you than your money as this is just one aspect to becoming healthy, wealthy and wise for a lifetime. Caprese has presented to and educated various groups on financial wellness such as Parents, Women’s ministries, Sororities, Realtors, Physicians, Holistic Therapy Practitioners and more.  In addition to running several successful businesses throughout the years, Caprese is happily married for 15 wonderful years and counting, is an active member of her church and volunteers for the National Museum of African American History and Culture as well as multiple organizations throughout the D.C. Metropolitan area.  “For wisdom is protection just as money is protection, But the advantage of knowledge is that wisdom preserves the lives of its possessors”. (Ecclesiastes 7:12) 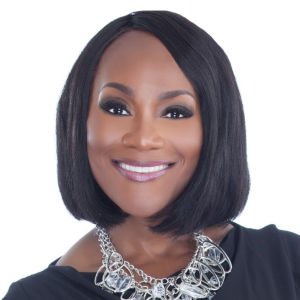 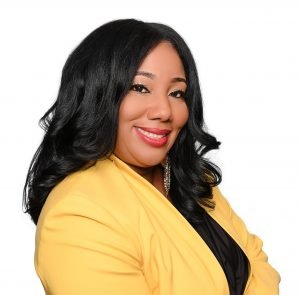 First and foremost, Monique Beidleman is a child of God and is totally led by the Spirit of the Lord. All of her seminars and presentations are spoken from biblical principles as it relates to finances.

Monique Beidleman is originally from Pittsburgh, PA. She graduated from Howard University with a Bachelor of Arts in Hospitality Management. After graduation, Monique worked in hotel sales for 7 years before joining the financial services industry in 2003. Monique has been recognized with numerous awards for her outstanding sales record throughout her entire career. Monique’s tenure and accomplishments are a direct reflection of her comprehension of the financial needs of the community in which she serves. She takes great pride in helping people protect themselves and their families financially and properly prepare them for retirement. Monique has notably been featured on Seek Purpose, Live Dreams TV.

Monique’s passion is speaking to women’s groups, churches and civic organizations, on topics such as: Budgeting, college planning, tax free retirement, understanding life insurance, long term care, final expenses, getting your financial house in order, and much more. Her love of educating people on financial principles in public forums resonates to everyone that has ever had the pleasure of hearing her speak. Financial seminars are her way of giving back to the communities she serves, in providing some very valuable information that everyone needs to know. She realizes that most times our communities are the last to be privy to new financial principles that are of a critical nature.

In addition to running a successful business, Monique also provides administrative services to the former United States Secretary of Labor, Alexis Herman. Monique is not only a devoted wife and mother of 2 beautiful children, but she also serves her community through her missionary work as a Girl Scout Troop Leader. She manages a group of 12 pre-teen girls and coordinates their participation in field trips, community service and charitable events, fundraisers as well as Girl Scout traditional functions.

It is essential to appreciate and note that in all she is engaged in, she is not oblivious of her religious duties and responsibilities to God. She is a proud member of the Reid Temple AME Church located in Glendale, MD under the powerful leadership of the Rev. Mark E. Whitlock, Jr.  Monique and her family reside in Upper Marlboro, MD.

Monique is licensed in MD, DC, VA, PA
She joined the insurance industry in 2003.

The Safe Money Coach has been helping individuals, families, and business owners BULLETT proof their assets through Tax Efficient Strategies since 2003. By providing safe and stable growth investment options over the Accumulation, Preservation, and Distribution Phases of the human life cycle, Maurice has an Entrepreneurial background with past businesses as the Owner of a Coffee company and Marketing and Promotions.
“Educate. Execute. Elevate.” 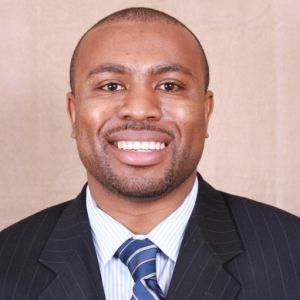 Ms. Dickerson started in the financial industry in 1991 where she became a top-ranking Flagship agent at the Charles Scott Organization. After her husband convinced her to leave the financial industry, Ms. Dickerson and her now former husband founded a liturgical dance school at the Tabernacle Church in Laurel, Md. They had a staff of 15 and 100 dance students.  After suffering through a divorce during pregnancy and chronic depression, Ms. Dickerson started her life over again as a single mom. She returned to Stewart Financial Services and American Classic Agency recently with a renewed spirit and vision to produce one billion dollars in generational wealth and to build an agency of 25 top producers in 2021. Ms. Dickerson is also in the process of writing a book called “From Welfare to Wealth Management” the Comeback Story of a Single Mom.

Alan Stewart joined Stewart Financial Services/American Classic Agency in 2013.   Alan grew up on the Eastern Shore with 9 other siblings including CEO of Stewart Financial Services, Anthony Stewart.   Alan has served as a Mental Health Therapist since 1996.    He has a Master’s Degree in Counseling Psychology from Salisbury University (formerly Salisbury State College).

In 2013, Alan became a licensed Insurance Producer, Alan is licensed in MD, DC, VA, and SC.   During his first year in the financial services industry, based on his 1st half years of production, he achieved the Rising Star Award.   As a part-timer, he has received numerous annual awards which include the 2018 Part-time Agent of the Year.  Alan loves serving Middle America as he follows the principles of the book “Saving Middle America” which is co-authored by his brother Anthony R. Stewart.

Alan has helped many families in the areas of life insurance, mortgage protection, disability, long term care, annuities, and tax-free income solutions for investment and retirement.

Alan is a member of Omega Psi Phi Fraternity where he received his 40-year service award.  He has a 1st-degree black belt in Taekwondo, and he is also one of the singers on a gospel album with his nephews and older brother to be released in January 2021.    He is married with 2 daughters and one son.  He has been the Minister of Music at Carmody Hills Baptist Church for the past 7 years.

Alan has a passion for helping others in various capacities for over 30 years.   His personal mission is to spread the word and to encourage others to protect and secure their families’ financial future starting with themselves.  One of his favorite sayings is, “If it is to be, it is up to me”.

“Let Us Grow Not Weary in Well-Doing, for we shall reap if we faint not” Galatians: 6:9

Alan Stewart has been in the insurance business over 5 years serving clients in MD, DC, VA. 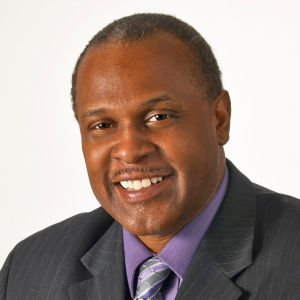 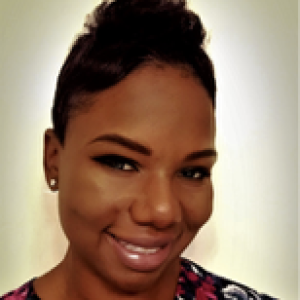 Kimberly Washington is a financial services industry professional with a background in engineering and public service. She earned her B.S. in Civil Engineering from Morgan State University, and a M.S. in Environmental Management from the University of Maryland.  She is passionate about financial fitness, serving people, and sustainability.  Kimberly joined Stewart Financial Services in 2016.  She is licensed in DC, MD, VA, PA, OH, TN, and FL

Shir-Rhea M. Watson-Moore is a mother of 5, wife and entrepreneur. Born and raised in Philadelphia PA, Shir-Rhea and her family of 7 relocated to Henrico VA (right outside the city of Richmond VA) in January 2017.

Shir-Rhea and her team is on a mission to educate families on the importance of becoming and remaining “Financially Fit for Life”. Shir-Rhea is accomplishing her goal by presenting valuable life changing financial information across many platforms, including but not limited to, live workshops, seminars, one on one consultations and more

In addition to assisting families with implementing their financial goals, Shir-Rhea M. Watson-Moore has a strong desire to motivate other entrepreneurs. She strongly believes thats “All dreams are possible with hard work and dedication”. 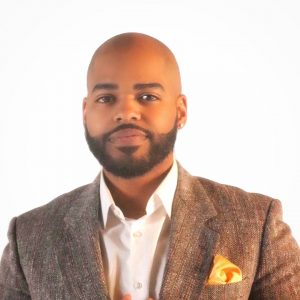 Scott Forbes III  has been with Stewart Financial Services  and American Classic Agency since 2013.  He believes in educating families and large groups on having the proper protection for their assets, disability, income from potential loss due to death or market fluctuations and leaving a legacy for their heirs. He is passionate about helping people safely accumulate wealth and achieve a lifetime income for retirement.

Saran T. Baker is a life strategist and financial professional specializing in protecting income, creating generational wealth, debt elimination, and tax-free retirement, She has over 20 years of experience working for Fortune 500 companies, local and national nonprofits, and government agencies. Saran utilizes her background in Organization Development, Human Resources, Technology, and Financial Services to engage her clients in an unconventional way to design a way forward for their financial futures. She also serves as adjunct faculty for the Prince George’s Community College and volunteers with local nonprofits to create a compelling future for her community. 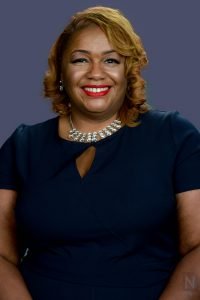 Reaching The Stars For Our Clients